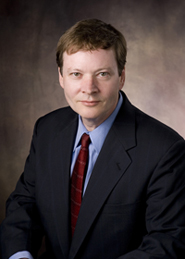 In practice since 1985, Attorney Timothy S. Riley attended the University of Wisconsin at Madison, majoring in Television Production Direction, with a minor in Political Science. He earned his law degree (J. D.) at the University of Wisconsin, School of Law, Madison, Wisconsin in 1985. He is a member of the Wisconsin State Bar, and in the Wisconsin State Bar, Family Law Section. He is also a member of the Board of Directors to the Stoughton Center for Performing Arts.

Timothy S. Riley is married with two children. He was born and raised in Madison, Wisconsin. He now makes his home in Stoughton, Wisconsin. A former professional singer and actor, Timothy has recently directed several musicals for the Stoughton Village Players. His mother, Jean Riley, was a founding member and performer with the Children’s Theatre of Madison.

Being his father's son, Timothy began skating at about the same time he learned to walk, and he played and coached hockey for years.

Timothy is one of three siblings who are third generation attorneys in the Riley family. His grandfather Miles C. Riley was a Federal Judge (referee) in bankruptcy, the Secretary of Commerce for the State of Wisconsin as well as a distinguished practitioner for several decades. His father John L. Riley was a renowned and highly respected attorney who practiced law for five decades. Incidentally, John L. Riley was also the first hockey coach of the modern era at the University of Wisconsin, Madison and is a member of several Hockey Halls of Fame.

While some might consider this lineage a genetic disease, Tim is proud of his heritage and credits his knowledge of the law, skills as an advocate and legal temperament to his heritage and lessons learned from his family.

Attorney Timothy S. (Tim) Riley was a guest lecturer and teacher for residential real estate at the University of Wisconsin at Madison.

Timothy has been listed amongst the best lawyers in Madison by Madison Magazine.

If I may be of assistance to you and help you with your legal situation, please contact me at (608) 833-3880. I will happy to speak with you with no obligation on your part.

"I also believe that when hiring an attorney, particularly with regard to family law, it is essential that a prospective client have an opportunity to meet and discuss their case with that attorney. It is for this reason that I offer a free no obligation one half hour consultation. A client who is going to entrust an attorney with their most personal and important legal needs should have the opportunity to meet that attorney without opening their purse or wallet."

"I also sincerely believe that a client deserves thorough and effective advocacy and representation at a fair and reasonable cost. As such, I have maintained a very competitive retainer and fee schedule over the course of my 23 years of practice."